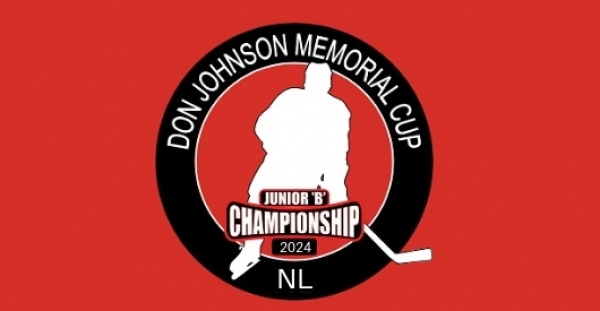 On Sunday, October 30th, 2022, it was announced that the Mark’s Mount Pearl Junior Blades and the City of Mount Pearl have been awarded the hosting rights of the 2024 Atlantic Junior Hockey Championships, better known as the Don Johnson Cup.

The namesake of the tournament, Don Johnson, was a pioneer of hockey in Newfoundland and Labrador, the Atlantic Provinces, and across Canada. Johnson was elected as the President of the Newfoundland Amateur Hockey Association, the predecessor of Hockey NL, in 1966, and served as President of the Canadian Amateur Hockey Association from 1975 to 1977. He was instrumental in the negotiations to end the hiatus of the Canadian Men’s National Ice Hockey Team from competition at the Ice Hockey World Championships and the Olympic Games.

Information will be available in the coming weeks regarding business and community partnerships for the event.  Be sure to follow the 2024 Don Johnson Cup social media pages (Facebook, Twitter, Instagram) @2024DOJO. The website will be up and running at the conclusion of the 2023 tournament, being held in Liverpool, NS.

“Our city’s reputation in sports and recreation is first class, and we look forward to welcoming the respective junior championship teams from each of the Atlantic provinces to the City of Mount Pearl in April 2024 for a premiere five-day event.” – Mayor Dave Aker, Mayor of Mount Pearl

“The St. John’s Junior Hockey League and Hockey NL are excited to be bringing the 2024 Atlantic Junior Hockey Championships back to NL for the first time in 8 years. We look forward to warmly welcoming the representatives from Prince Edward Island, Nova Scotia, and New Brunswick for a great week of hockey.” – Steven Clarke, Vice Chair, Hockey NL’s Junior Council